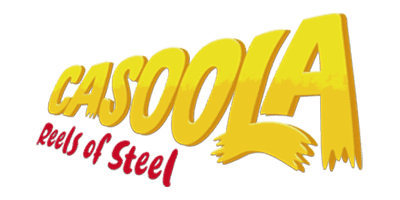 Casoola is not available in your country. Please try:
Deposit methods

With a young and daring interface, Casoola makes the online casino world look like a video game. This is a casino that is licensed by Malta and the United Kingdom and was founded in 2020. They include among their options slots and jackpots, live casino, and many virtual games from different software.

The casino games, traditional or modern, are one of the most important parts that Casoola offers to the gamblers. Unlike other online platforms, one of the most important games in Casoola is roulette, which offers many types and alternatives. There are also different versions of blackjack, poker, baccarat, and even bingo games developed by many software The types of casinos are very necessary to know where and how gamblers approach Casoola. This online casino features Instant Play, which allows players to play quickly, safely, and very conveniently. Also, it has a platform that adapts to many mobile devices, which makes the experience of playing Casoola integral. .

The withdrawal options are not too many either, but they include a very important one: wire transfer, which makes it possible to make a transfer with the money earned to almost any country. Casoola also offers options such as Visa, MasterCard, Neteller, Skrill, or EcoPayz, through which other possibilities can be complemented.

Many bonuses and of different types are offered by Casoola. Its welcome bonus is very attractive, especially for young users, as it offers 100% up to 300 EUR, USD, or GBP. Besides, they have bonuses for second and third deposits, as well as a Match Deposit Bonus consisting of 25% up to 400 EUR, USD, or GBP.

The main language option offered by Casoola is English. Almost all alternatives are offered in this language, and users can even choose between English from Canada, South Africa, the United Kingdom, India, or European English in general. In addition to English, Casoola is also available in German, Norwegian, and Finnish. A total of 27 different coins are offered by Casoola to its players. Most of them are European currencies, such as the Euro, the Pound Sterling (only available to British residents), the Swiss Franc, the Norwegian Kroner, or the Croatian Kuna. There are also other currencies, such as the Mexican peso, Chinese yuan, or South African rand.

Casoola has a shortlist of casino software providers, but on that list, there are very important names that give a lot of quality to the games. Among the software are NetEnt, Microgaming, iSoftBet, Red Tiger Gaming, Quickspin, Play'n Go, Gamomat, among some others. Several of these software companies are well known worldwide.

Although there are not too many deposit options, most people can deposit at Casoola, as this online casino gives the possibility to deposit with Visa or MasterCard as well as Maestro. On the other hand, it is also possible to deposit through virtual wallets such as Neteller or Skrill, which is very favorable to the young public.

If the customer agents don’t reply fast through the live chat or phone call, email is the next best option. The customer care agents are very fast and professional in handling players’ issues. For basic queries and general information, Casoola casino has a FAQ section that is meant to enlighten new players before they start playing. To achieve contact between players and the Casoola team, there are only two options. The first one is to call through a telephone number, available for all Europe: 00356 27782825. Apart from that, Casoola also offers an email address to respond to problems: support@casoola.com. Unfortunately, they do not have a live chat service.